Many of the historic homes that grace Narragansett today were built in the 19th century. While agriculture and maritime activities were still an important part of life in Narragansett during the 19th century, it is during this period that Narragansett became known as a fashionable summer resort town, and many hotels, large summer houses, cottages, and civil buildings were constructed. Although the grand hotels no longer remain, many homes still stand, many of which have been beautifully preserved.

(1892, rebuilt 2001) – Part of the property known as Seacroft, or Rosalind, as it was later renamed (Shakespeare’s most popular female character from As You Like It.). The main cottage, which is not part of this tour, was built…

415 Ocean Road (1885-1886) – A 2-1/2 story, hip-roofed, Shingle Style dwelling designed by McKim, Mead and White of New York for Allan McLane of Washington, D.C. It has twin 3-story hip-roofed front pavilions with a segmental-arch loggia between them,…

94 Central Street Built in 1887 – a 2-1/2 story, gable-roofed dwelling with a side wing, a veranda, a porte-cochere, “Swiss chalet” porch and gable ornamentation, and scrolled consoles punctuating a row of four closely set windows in the front… 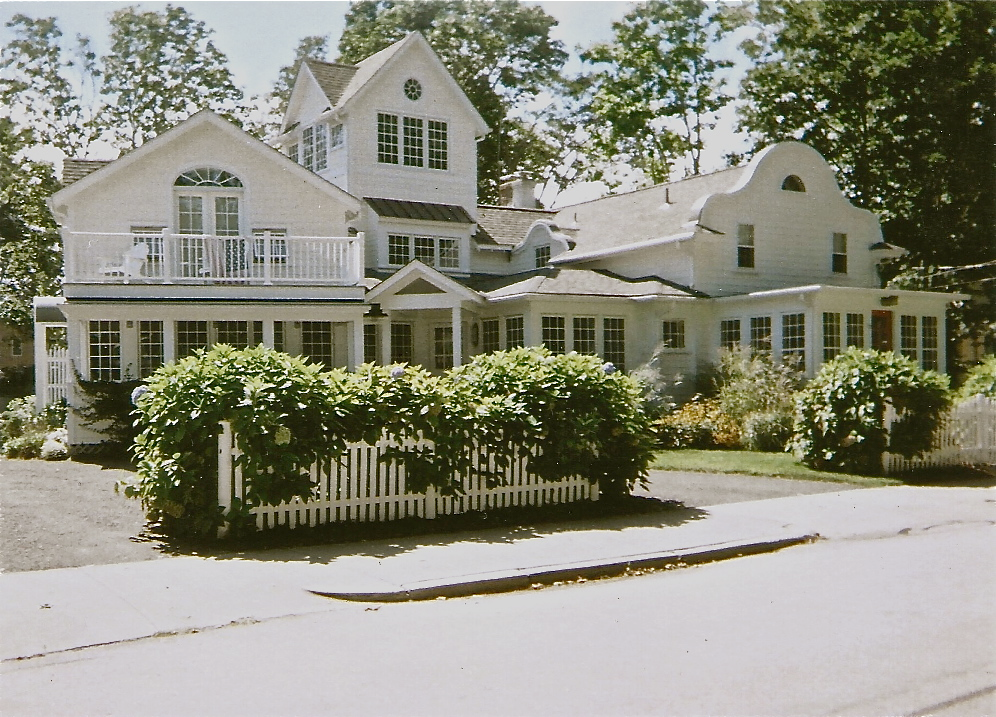 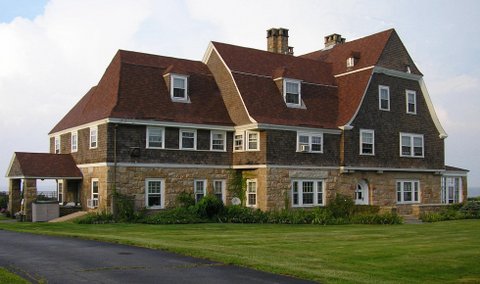 40 Newton Avenue (1883-1884) – A large, 2-1/2 story, stone and wood-frame Shingle Style dwelling with a flared hipped-gale roof, gable and hip-roofed wings to the west, and a glazed veranda facing the ocean. The house, designed for George V.…

106 Central Street (1887) – a 2-1/2 story, hip-roofed, Shingle Style dwelling with a veranda, a gabled pavilion at the east end of the main façade, and a 3-story polygonal central bay with a conical cap. It was built for…

200 Kingstown Road (1881, 1931) – A 2-1/2 story, rambling, multi-gabled roof dwelling set back from the road near Sprague Pond. Originally part of the large colonial William Robinson Farm, a tract here was purchased in the mid-19th century by…